Google Fiber is Headed to San Antonio — Will It Impact Home Values? 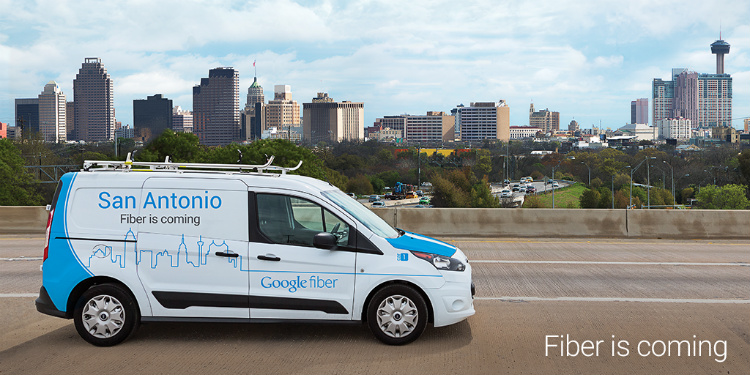 In a world that is obsessed with constant, instant connections, Google Fiber is big news. This fiber-optic network has everyone talking because it promises the fastest Internet connection anyone has ever experienced, boasting speeds up to 100 times faster than the standard connections that most people are used to. Here's the exciting part: It's coming to San Antonio. As the largest city to enjoy the fiber-optic network, San Antonio is buzzing with excitement, and some experts are predicting that it could have a big impact on the already-booming housing market.

What Is Google Fiber?

Google Fiber is the Google broadband Internet service that uses fiber-optic cables rather than copper cables to fuel the Internet. Since these fiber-optic cables are capable of sending signals at far higher rates of speed than the standard cables, Google Fiber customers will enjoy speeds of up to 1,000 mbps. By comparison, other cable companies in San Antonio offer speeds at about 300 mbps or 400 mbps. In order to create the network, more than 4,000 miles of new fiber-optic cables will have to be implemented, bringing new jobs to the area as well. Rates have not been announced for the San Antonio market, but customers who opted for Google Fiber in Austin, Texas pay about $70 a month for Internet service and $130 per month for an Internet and TV bundle package.

How Could It Impact the Housing Market in San Antonio?

There's certainly excitement surrounding the impending arrival of Google Fiber in San Antonio, and it may have some people wondering whether they will see an increase in their property values. While the true impact on the market remains to be seen, it should be noted that a household that is ready or equipped for a fiber-optic network may be more marketable than a home without these connections. Home buyers today consider a lot of different factors about an individual property before making their decision, and more consumers than ever before are interested in super-fast Internet speeds that increase efficiency and productivity. Currently, Google Fiber is only offered in a few cities across the country, so there is an increased demand for it. That increase in demand and the excitement about the service in San Antonio could make your home more desirable to a potential buyer.

Google Fiber Across the Country

Google Fiber was launched in Kansas City, and it is now available in Austin, Provo, Atlanta, Charlotte, Nashville, Raleigh, Salt Lake City, and Durham. In nearby Austin, real estate experts were cautiously optimistic about the impact Google Fiber would have on the market. While it is certainly considered to be a unique selling feature, homeowners were warned that it would not add thousands of dollars to their property value. That being said, it is an upgraded infrastructure that many cities across the country are looking to include in their own towns. You can't deny that Google Fiber has the potential to change the market for the better.

Google Fiber is the broadband connection that people across the country are clamoring for, so it will certainly make San Antonio more appealing to young professionals and growing families who want to make the most out of the latest technology available. This is just one of the reasons why it's an exciting time to get into the market. If you are looking to buy or sell a home in San Antonio, then be sure to contact Liz Petroff today. As your local real estate expert, Liz will be able to help you find the house you want that offers the amenities you need in a location that is perfect for you.