Total home sales in the San Antonio area posted the second highest number of sales so far during 2016 with 2,900 homes sold during the month of August 2016. This was also a 13% increase compared to last August. “July ended with over 2,400 transactions still pending which created a boost in our August sales,” said Bob Jacobs, SABOR’s 2016 Chairman of the Board.

Median home price remained virtually unchanged from July at $211,800, but was above the $200,000 mark for the fourth month in a row. To date, over 1,200 more homes have been sold than the same time last year.

There are many reasons why companies should consider locating or expanding in San Antonio. Former Brooks Air... https://t.co/cDNbPBijqj

Whether you're buying or selling a home in a this market, it is important to be prepared. Liz is available via email or by phone at (210) 464-8100. Liz has helped many buyers and sellers – first-time, relocating, downsizing – through every aspect of the transaction from financing, to property search and valuation, navigating contracts, and negotiating in your best interest. 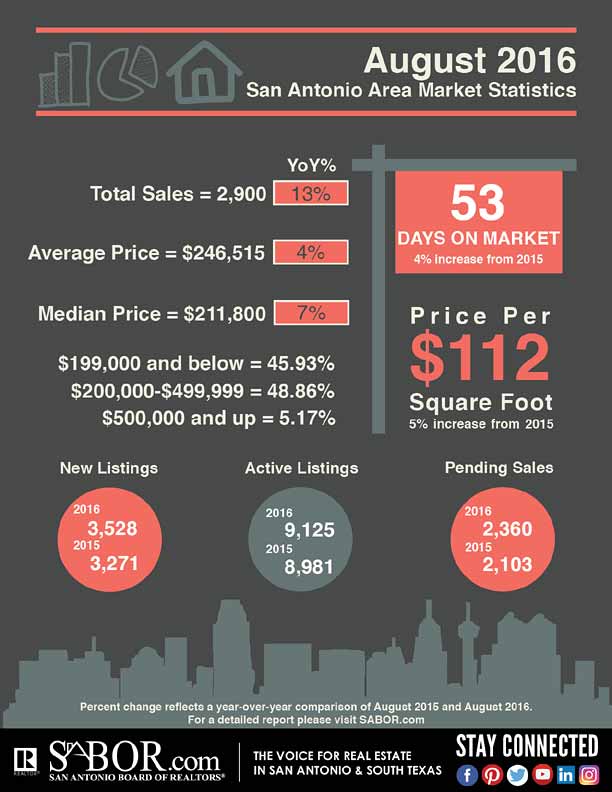