For years, the housing market was a market in recovery. Across the country, people watched and waited for their home values to rise and sales to pick up. In 2015, San Antonio got the boom year it had been waiting for. Homes were placed on the market, only to be sold in a matter of moments. In some cases, the "For Sale" signs never even made it in front of the house before the property had been marked pending. Yes, 2015 was a good year to dive into the San Antonio housing market.

In many aspects, 2015 was a record-breaking year for the San Antonio housing market. In fact, the number of homes sold in the region reached an all-time high, breaking a record that was set in 2006. According to statistics published by the San Antonio Board of REALTORS® (SABOR), a total of 27,154 homes were sold in 2015 and the average sales price of a home was $231,976 — a six percent increase from the previous year. In addition to the soaring prices and sales, homes also were not sitting on the market for very long. On average, a home spent just 60 days on the market. There's no sign of things slowing down, as more people look to get into this vibrant and active real estate market.

Homes that sold for $500,000 and greater in San Antonio saw a 17.5% increase through November. #HF16 @SABoardREALTORS

It wasn't only local real estate experts who were impressed with the market in San Antonio. In fact, 2015 was the year where the entire country was watching this magnificent city blossom to life. Here's just a few times San Antonio was listed as a top-ranked community:

Looking Ahead: Expect More Excitement in 2016

San Antonio is in a position to have another stellar year, not only as far as the economy is concerned but also for the housing market. As a business-friendly city, large corporations and small, local businesses are attracted to San Antonio. By bringing more jobs, this in turn brings in more residents, which drives up demand for houses in the region.

Local real estate experts and Texas economist, Dr. Mark Dotzour, believe that the ever-expanding economy and the increased demand for housing in the area will create a lively housing market where prices continue to increase and values continue to soar.

Dotzour doesn't envision mortgage rates going up much if at all in 2016 despite action by the Fed, and reminded us that mortgage rates are based on the 10-year U.S. Treasury rate, which rises on the expectation that inflation and global economic weakness is ahead.

Perhaps you thought about putting your house on the market in 2015, but you never gathered up the courage to make the leap. Maybe you feel like you missed out on the opportunity to find your dream home in this metropolitan area. Don't worry, you didn't miss out on a premium market just because you didn't take advantage of the opportunities in 2015. In fact, 2016 is going to be your year!

Let Liz Petroff provide you with expert information about the current market conditions in San Antonio, and help you make the most out of your real estate investments. Liz works with both buyers and sellers at all stages of life. Whether you are down-sizing, purchasing your first home or searching for the place that is perfect for your growing family, Liz can help! Contact Liz today for more information. 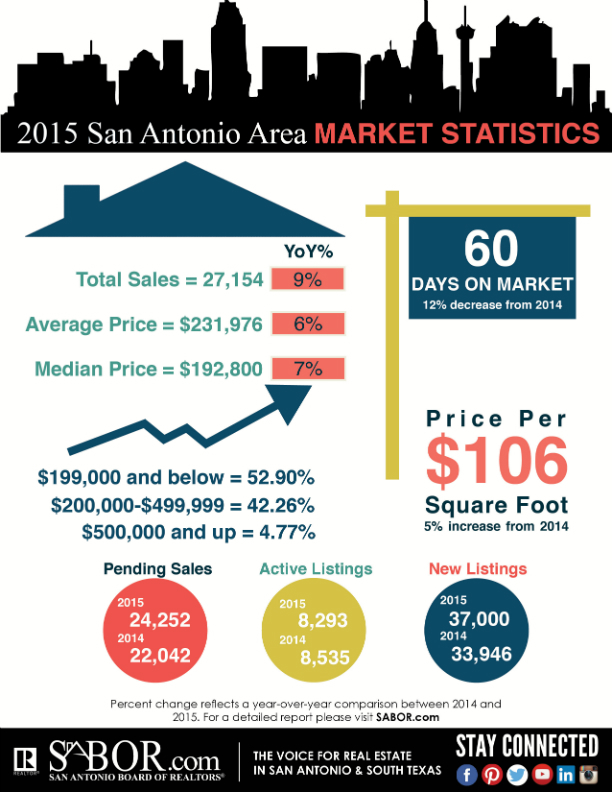