The 30-year fixed #mortgage rate has been below 3.5% 7 straight weeks, every week since the week of June 30 pic.twitter.com/lHOzvxuNJs

“The San Antonio area continues to be one of the most affordable markets in Texas,” said Bob Jacobs, SABOR’s 2016 Chairman of the Board. “For example, the median sales price of a home in Bexar County in July was $200,000 while the median was $335,000 in nearby Travis County and $219,250 in Harris County.”

Whether you're buying or selling a home in a this market, it is important to be prepared. Liz is available via email or by phone at (210) 464-8100. Liz has helped many buyers and sellers – first-time, relocating, downsizing – through every aspect of the transaction from financing, to property search and valuation, navigating contracts, and negotiating in your best interest. 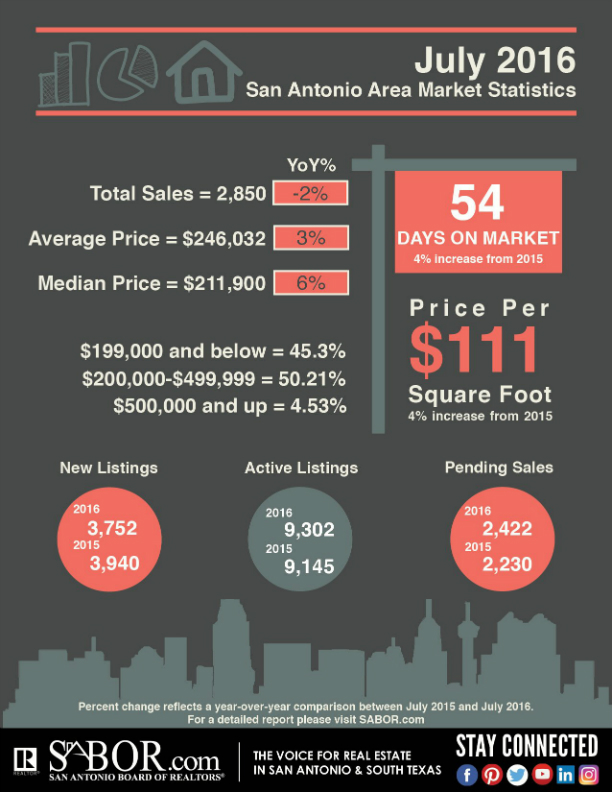