The San Antonio Board of REALTORS® (SABOR) reported the average price of single family homes in May 2016 was $249,024, a 2% increase over the same period last year. That is still below the state’s average price of $271,213 making San Antonio one of the the most affordable markets in the United States. 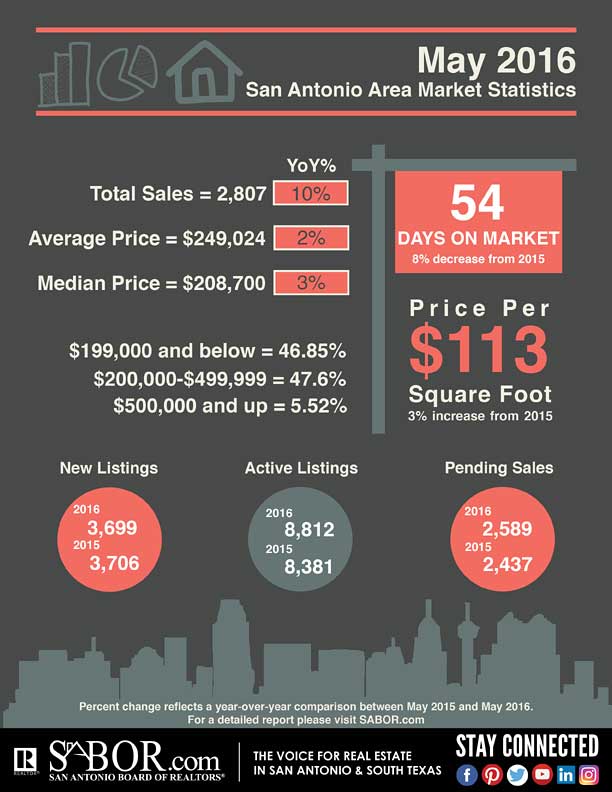 Liz Petroff is a full-time, dedicated real estate professional. Liz has helped many buyers and sellers – first-time, relocating, downsizing – through every aspect of the transaction from financing, to property search and valuation, navigating contracts, and negotiating in your best interest. Contact Liz with your real estate questions.